I am a bit late in this post, I went back to my Wednesday meeting's weigh-in, and have properly changed my online account to a Wednesday weigh-in.

I said in my last post I was expecting a loss. And I managed it! 4lbs on my first week with SmartPoints!

I have to say I was very pleased. That was my 4lb gain over Christmas and New Year plus another half. Yay!

My aims last week were to;
I took a lot of photos of food this week, so thought I would share.

I did that smash salted chilli chicken recipe you see floating about online. I like a takeaway, but do not want to use the points so thought I would try it. It was actually very easy to make and I have made it twice now with two different recipes (oddly sweet with one recipe, and too mild with the other). Flavour wise it just isn't right yet. So I am going to tweak it a bit and when I have it right I will probably put it up here.
The ordeal I had trying to find smash was hilarious. I didn't know what to box looked like and searched Iceland, Home Bargains, B&M and two Tescos before finally getting it!


I used beef mince to make delicious burgers and chips, 6 for the mince and egg, 6 for the bread and 4 for the chips. Worth it. 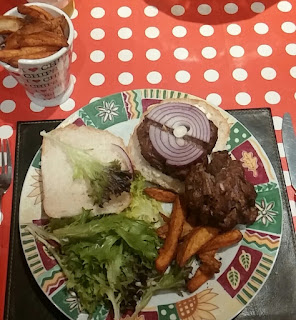 I had Strawberries dipped in greek yogurt - zero points 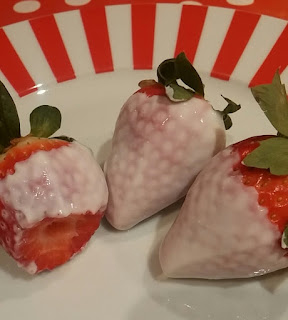 Still managed 3 SmartPoints of crisps, all measured out in my Hello Kitty snack bowl. 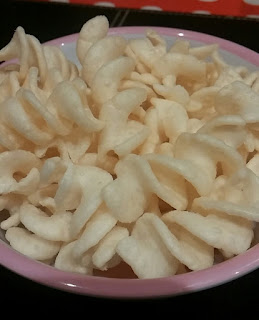 Love that eggs are still only 2 points each. 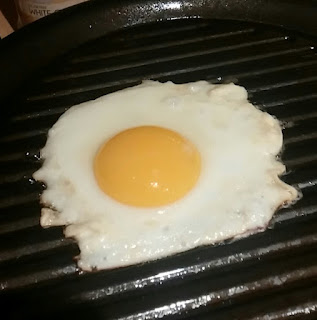 Means that a sausage and egg sandwich on white bread is only 9 smart points - This was Sunday brunch. 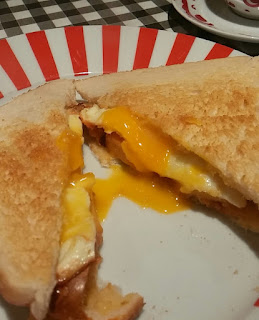 The Meeting topic was Move, I got the second book in the Smartpoints series and the chat was mostly about how to fit in a little extra activity. The book, although thinner than last week's is quite good, with lots of small ideas. I have not had the time to properly go through everything but I hope to before my next meeting (only two days away at this stage). 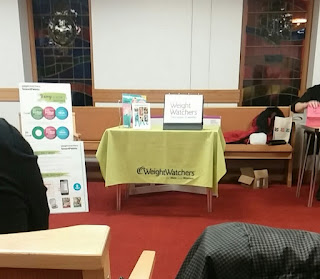 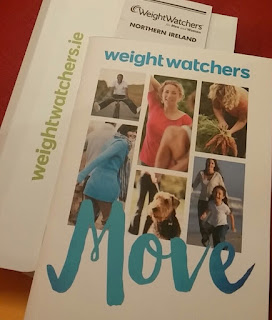 This week I have still tracked, although there have been a few times where the app has crapped out on me (not cool Weightwatchers) and not saved what I have tracked properly. Frustrating as I know I went into my weekly points early in the week. I get that it's quite new but some of my pointing early in the week is a bit of a mess and why I have moved to the paper tracker.

Aims for the coming week?