Catching up, what I've been doing activity wise.

It has been about a year from I last wrote here. Partly because my laptop is a pain to boot up and partly because it's frustrating to try blog on a mobile or tablet.

But I have been wanting to write again, so here I am.

I am still on weightwatchers. As I have stated in previous posts I rejoined weightwatchers online in January 2014. I have since lost 2 stone and pretty much plateaued since this time last year.

However I am much healthier than this time last year. At least activity wise.

Last November I bought myself a fitbit. And I have to say it is one of the best devices I have ever bought (I am going to dedicate an entire post to this). For me it has been brilliant and it has left my other pedometer in the dust.

I have always been a walker. However in recent months I find myself walking a lot just to turn off my head or catch up with friends whereas before I would have just walked to get somewhere. The fabulous fitbit tracks my activity for this.

As always with me I am a stop and start runner. Earlier this year I ran the first leg of the Belfast Marathon in memory of my best friend's gorgeous wee nephew. The training I did for this ignited back the love for running I had years ago.

These were the pictures I popped on instagram at the time. 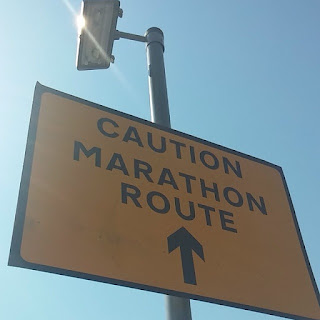 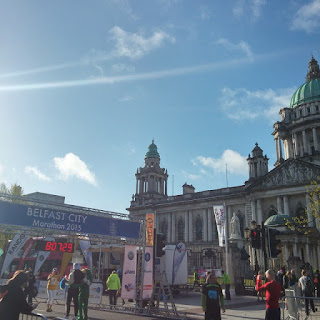 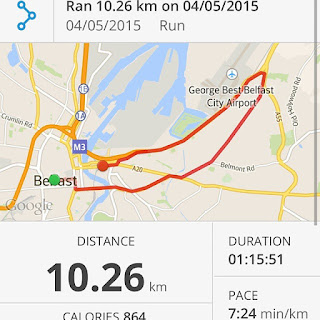 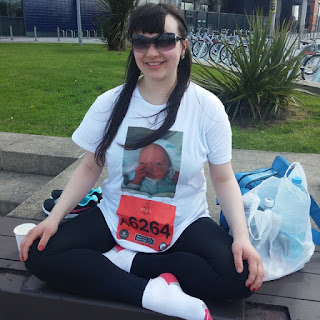 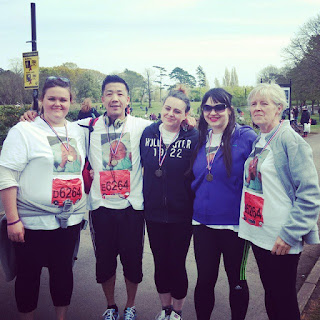 I was super pleased with my pace the entire way through the marathon as this was the first time I have ever managed to regulate my running. I ran or jogged the entire route, I did not stop once and I did not walk at all.

Since then I have managed for the most part to do the same in most of my runs, so in a way the marathon run was a major break through for me.

The race for life was my fastest 5k since my rejoin, I managed it in 29 minutes and 3 seconds, possibly less when you think about how long it can take to get through the cattle market that is the starting line. 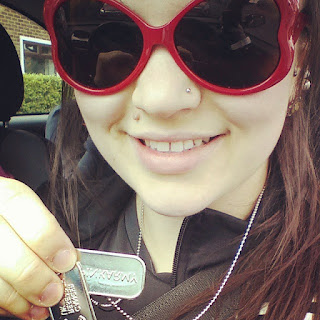 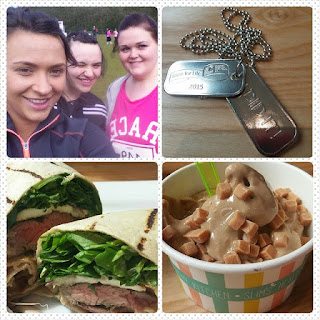 As per tradition, I did it with my sister and best friend and we had a delicious meal afterwards to refuel in slims healthy kitchen. That peanut butter frozen yogurt is absolutely amazing.

However since the marathon and the race for life, I seem to have just stopped again (why do I do this to myself?).

I even knew that was going to happen so I signed up to a virtual race (probably another post about these, I do these quite often) hosted by justrunning, called 100 Miles of Summer. And it is pretty much what it says it is, over the summer I committed to walking / jogging and running 100 miles. And I did. But a fair bit was walking when I hoped it would be 100% running.

I completed the challenge on 10 August 2015 and although it did not manage to keep my fitness levels where they were earlier in the year I am glad I stuck with it and earned the medal. I dread to think of the weight I could have put on without it. 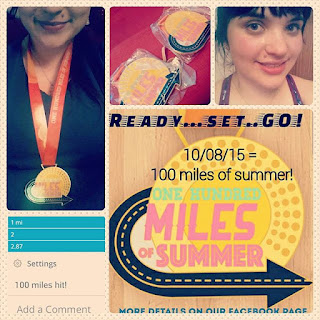 Finally, and probably the biggest thing, has been yoga. I have always practiced yoga, but not as often as I should do. I have always found it remarkably calming and it just feels good for me.

About this time last year I decided I wanted to go to a proper class. I went to about a dozen different classes to find a teacher that suits me and what I want from my practice and have been very lucky to come across two teachers, both very different, but it is their contrasts that makes me love yoga more.

I now go to at least two 1.5 hour classes weekly (normally three) in addition to my own practice at home, compiled by youtube videos, books, what I have practiced in a class, or just what I feel like practicing. I love yoga, it is very hard to put into words everything I get out of it (again, maybe a different post?) but I practice everyday, anything from 5 minutes to 2 hours. It is more than just physical health, it is emotional too. As I suppose most of my activity is.

And I think this time round, I am appreciating activity for the benefits it gives me other than weight or inch loss.